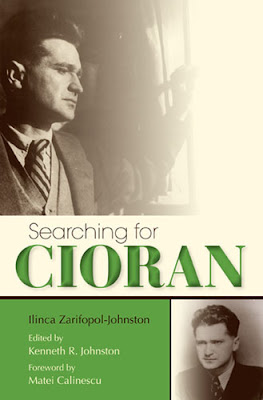 "Intellectual history at its best. Elegantly written, meticulously researched, and subtly nuanced, this book will be read by all those interested in the intellectual torments of the 20th century."
—Vladimir Tismaneanu, author of Fantasies of Salvation

"Very valuable and beautifully written . . . introducing her exciting subject in a context broad enough even for those who don't know much about Cioran."
—Irina Livezeanu, author of Cultural Politics in Greater Romania

Ilinca Zarifopol-Johnston's critical biography of the Romanian-born French philosopher E. M. Cioran focuses on his crucial formative years as a mystical revolutionary attracted to right-wing nationalist politics in interwar Romania, his writings of this period, and his self-imposed exile to France in 1937. This move led to his transformation into one of the most famous French moralists of the 20th century. As an enthusiast of the anti-rationalist philosophies widely popular in Europe during the first decades of the 20th century, Cioran became an advocate of the fascistic Iron Guard. In her quest to understand how Cioran and other brilliant young intellectuals could have been attracted to such passionate national revival movements, Zarifopol-Johnston, herself a Romanian emigré, sought out the aging philosopher in Paris in the early 1990s and retraced his steps from his home village of Rasinari and youthful years in Sibiu, through his student years in Bucharest and Berlin, to his early residence in France. Her portrait of Cioran is complemented by an engaging autobiographical account of her rediscovery of her own Romanian past.

Ilinca Zarifopol-Johnston (1952—2005) was Associate Professor of Comparative Literature at Indiana University, Bloomington. She translated two books by E. M. Cioran from Romanian, On the Heights of Despair and Tears and Saints, and is author of To Kill a Text: The Dialogic Fiction of Hugo, Dickens and Zola.

Kenneth R. Johnston is Professor of English Emeritus at Indiana University, Bloomington. He is author of The Hidden Wordsworth: Poet, Lover, Rebel, Spy and co-editor of Romantic Revolutions: Criticism and Theory (IUP, 1990). He lives in Chicago, Illinois. 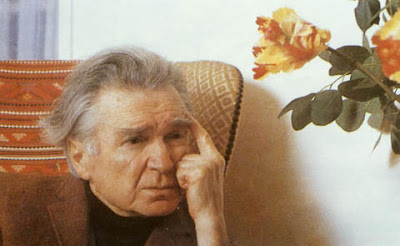 Zarifopol-Johnston seeks to understand Cioran rather than accuse him.... [She] points out both continuities and rifts between the thought of the 'Romanian' Cioran and the 'French' Cioran.... Searching for Cioran offers valuable material about an important writer's early life.
(Washington post 2009-01-00)

An important and distinctly original contribution to the growing field of Cioran studies.... [Zarifopol-Johnston] is a sharp, insightful observer of self and others, courageous and candid, writing in a fresh, quick-silver style.
(from the Foreword by Matei Calinescu)

Very valuable and beautifully written... introducing her exciting subject in a context broad enough even for those who don't know much about Cioran.
(Irina Livezeanu, author of Cultural Politics in Greater Romania)

This is a graceful study of a disputed period in Cioran's intellectual biography and personal life. With subtle sophistication and intimate knowledge of the subject... the author has sought to recreate Cioran's Romanian roots and his local and universal intellectual sources, in what, it was hoped, would become Cioran's ultimate scholarly biography.... Although the author's untimely death precluded the book's completion, no one will deny that what Zarifopol-Johnston has achieved is arguably one of the most audacious analyses to date of Cioran's life and writings. One can only hope that future studies will be as compelling and provacative, and thus complete the ambitious scholarly agenda set up by Zarifopol-Johnston.
(Slavic Review 2010-01-00)

[Searching for Cioran] tells the story of his Romanian years and gives a fine account of the personal and political circumstances in which both his philosophical ideas and his brand of nationalism were formed.
(The New York Review of Books 2010-01-00)
Published: 6/26/2008