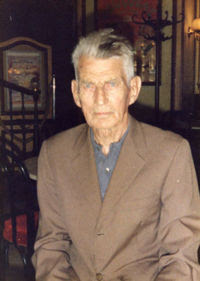 Readers of The Beckett Circle are likely to be familiar with the tribute to Beckett that appears in Exercices d'admiration by the Romanian-born French philosopher and aphorist E.M. Cioran. According to Anthony Cronin, the two men met for the first time in the Closerie des Lilas in 1961. James Knowlson reports that, although initially quite friendly with Cioran, Beckett came to feel that their outlooks on life had less in common than he had originally thought. For his part, Cioran felt a deep and lasting affinity with Beckett. Scattered throughout the one thousend pages of his Cahiers 1957-1972 are many intriguing remarks about both the man and his work, of which the following are among the more memorable:


September 1968.
The other day I noticed Beckett along one of the footpaths in the Luxembourg Gardens, reading a newspaper in a way that reminded me of one of his characters. He was seated in a chair, lost in thought, as he usually is. He looked rather unwell. I didn't dare approach him. What would I say? I like him so much but it's better that we not speak. He is so discreet! Conversation is a form of play-acting that requires a certain lack of restraint. It's a game which Beckett wasn't made for. Everything about him bespeaks a silent monologue.

21 April 1969.
Beckett wrote to me about my book Démiurge, "In your ruins I find shelter."

23 Oktober 1969.
Samuel Beckett. The Nobel Prize. What a humiliation for such a proud man. The sadness of being understood! Beckett or the anti-Zarathustra.The post-humanity vision (as we say "post-Christianity") Beckett or the apotheosis of the subhuman.

12 December 1969.
Last night I went to see Yeat's The Shadowy Waters. The theather was empty. Today's youth cannot appreciate a play that is so fundamentally, so totally poetic. And I understand why. There has to be at least a certain degree of cynicism to counteract poetic excess; otherwise, one runs the risk of falling into the insipid, the childish, the sublime, or the anemic. Every time that Beckett risks falling into lyricism or metaphysics, he has his characters erupt in hiccups or other fits; this abrupt shift, which allows the character to get a grip on himself, could not be more fortunate or more comtemporary. Yeats is a great poet, but his theater is only very good Maeterlinck.

20 February 1970.
Spent an evening with the Becketts. Sam was well and even high-spirited. He told me that he started writing plays by change, because he needed to relax after writing his novels. He didn't think that what he thought of as a distraction or an experiment would acquire such importance. He added, to be sure, that playwriting involves numerous challenges, because you must restrain yourself, which had appealed to him after the great liberty, the arbitrary and limitless freedom of the novel. The theater imposes conventions, while the novel no longer requires obedience to any.

18 May 1970.
At a rehearsel of La dernière bande, when I said to Mme. B that Sam was truly despairing and that I was surprised that he was able to continue, to "live," etc.., she replied, "There's another side to him."This answher applies, on a lesser scale to be sure, to myself as well.

13 June 1970.
Evening with Suzanne B. If I understood correctly, Sam was displeased with the article that I had written on him. It wasn't, in fact, a very good one. But this didn't stop me from feeling chagrined, as though I had been rejected. I returned home tired and in despair. I spoke on the phone with Paul Valet about my article on Beckett. We agreed that Nietzsche's superman was ridiculous (because theatrical), while Beckett's characters never are.Beckett's characters do not live in the tragic but in the incurable. It's not tragedy, but misery.

21 August 1970.
Last night, Suzanne B. told me that Sam wasted a ridiculous amount of time with second-rate people, whom he helped with their problems. When I asked where this peculiar solicitude could have come from, she told me that it was from his mother, who loved to comfort the sick and to care for hopeless wretches, but who turned away from them when they recovered or were out of trouble.

20 November 1970.
Splendid, divine morning in the Luxembourg Gardens. Watching people as they came and went, I said to myself that we the living (the living!) walk this earth only for a brief time. Instead of looking at the faces of passers-by, I looked at their feet, and they all became for me only their footsteps, which went in every direction, making a disorderly dance not worth lingering on. While thinking of this, I looked up and saw Beckett, this exquisite man whose mere presence has something so salutary about it. The operation on his cataract, performed on just one eye for now, was a great success. He's beginning to see in the distance, which he hadn't been able to do until now. "I"ll end up by becoming an extrovert," he told me. "It will be up to your future commentators to explain why," I replied.